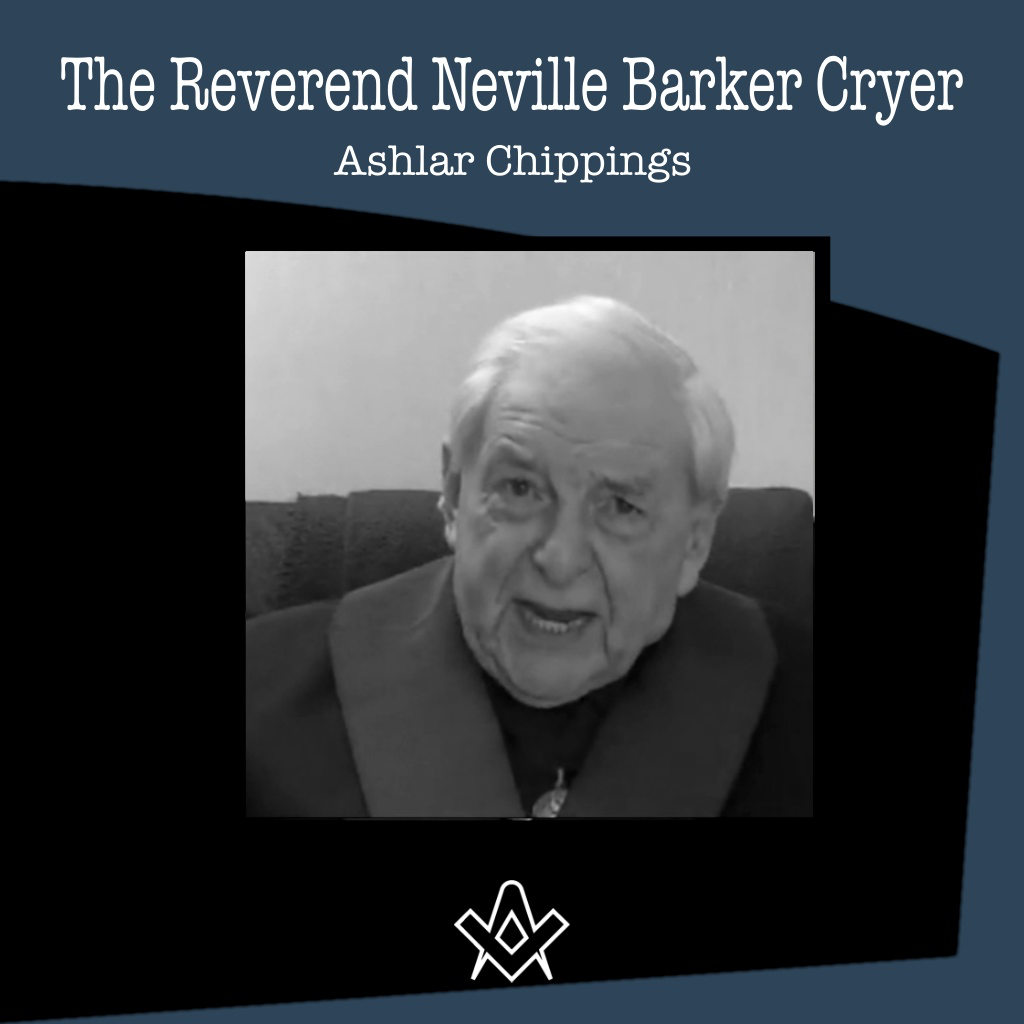 Very Worshipful Brother, The Reverend Neville Barker Cryer in his will left to the Tyrian Lodge No. 253, Derby, all his masonic writings and his library.

These have now been catalogued by the hard work of members of our lodge there and the provincial staff – no mean task as much had been typed on an ancient electronic typewriter that no longer exists, stored on discs only readable by such a machine.

Some of you may be aware of his international repute as a masonic researcher, speaker and extensive author of readily understandable books and booklets.

Those who have heard him speak do not ever forget the experience.  I was extremely fortunate to share the same mother lodge with him and to enjoy his frequent company at my father’s rectory.  His enthusiasm, learning and erudition has, in my opinion, seldom been equalled.

What follows here is a small sample of his thinking; it is a personal glimpse and does not in any way speak on behalf of the Craft in general.

That said, I believe we should listen to the voice of experience as we contemplate the future of our institution.

The late Revd Neville Barker Cryer – Was a Past Grand Chaplain UGLE, Prestonian Lecturer (1974) and Batham Lecturer (1996-1998) – was a much love and well- known and ever-popular Masonic author and international lecturer.

He was also a senior member of the SRIA, The Royal Order, The Operatives and The Order of Eri.

His books include I Just Didn’t Know That, Did You Know This, Too?, What Do You Know about the Royal Arch?, Masonic Halls of North Wales, Masonic Halls of England: The Midlands, The Arch and the Rainbow, York Mysteries Revealed and The Cornwallis Family History 1225-2006.

He was a contributor to Lewis Masonic’s Marking Well.

After 60 years spent in the service of this ancient institution it is both necessary and refreshing to reflect on what has absorbed so much of my time, money and effort.

What is certain is that this is not a mere passing hobby.  Nor is it, however, such an occupation that, if I had never joined it, would have blighted my life story.

What it is for me, and has been for so long, is a valuable addition to my experience and a revelation of part of my British heritage.

I, personally, would have been a lesser person were I not a Mason and hopefully my membership has helped others to develop as citizens and as neighbours.

Free and Accepted Masonry, which is what we belong to, is the historical residue of a 700 years-old system of trade guilds for English stonemasons.

From the reign of Elizabeth I until the reign of Charles II working stonemasons, and local city or town Freemen who were not of that trade, met together in Lodges attached to those guilds.

By 1690, however, the operative stonemasons had been granted new charters and Companies and so the Accepted Masons now had the previous Lodges without their parent guild and they are known as ‘private Lodges’.

It is from those Lodges that our present Freemasonry develops.

Knowing this history is important because it shows us what Freemasonry is really meant to be.  It is an Institution with many long traditions and these traditions include the following which still pertain today:

Being proficient in a ‘trade’, even if that trade is managing a Lodge and becoming a TRUE Master Mason who is skilled in the Seven Liberal Arts and Sciences so that he can instruct the brethren of his Lodge.  (Note: I do say a TRUE Master Mason).

Being entrusted with the essential secrets and practices of our trade which is much more than just knowing a word and a grip.  It ought to include the ability to retain instruction by heart but even more to carry out what we have to do so that we can assist any successor.

Accepting, understanding and complying with the Antient Charges and Regulations, specially in paying dues promptly and attending Lodge regularly.

Instructing, explaining, and discharging the Rituals in a  time-honoured fashion.

Recognizing the fundamental, spiritual basis of faith in a Supreme Being, known and trusted from the start of our membership.

Realizing that our speculative trade here is the erecting maintaining and honouring the holy assemblies we belong to in the company of brethren, without discrimination of race, creed or political allegiance.

Such are our ancient traditions as a projection of our trade origins.

Once we forget our past we are in danger of losing our unique identity.  We are not a private club.  We are not a charitable organisation.  We are not an ad hoc assembly that can do as it pleases or just make all its own rules.

Freemasonry is a properly regulated Institution composed of morally guided men who seek to maintain the fabric of our society by exemplary, law abiding conduct, a ready willingness to serve and help others, and the discharge outside the Lodges of all that is taught within them.

It is no more and no less than that.

I Just Didn’t Know That

Did You Know this too?

The complete story of the emergence and development of the Order of the Holy Royal Arch in England from its origins in the 18th century through to the present day by one of the country’s most popular Masonic authors.

Over the years the Revd Neville Barker Cryer has delivered many lectures to Lodges throughout the country.

His lectures manage to both entertain and inform the lodge members and one perennially popular subject is the Royal Arch Journey.

In this volume the author draws on his many years of research into the topic to present an analysis of the history of the Royal Arch, its origins and development, and its place in the present day Masonic tradition.

His findings may prove controversial for some as he goes back to its origins in the 18th century but all readers will find this book presents a fascinating and compelling argument.

The book has two objectives: to tell the story of how the degree, later known as the Order, of the Holy Royal Arch in England emerged and developed.

The other is to show, through that story, why the Royal Arch is essential to the Speculative craftsmen and has always been regarded by many as the culmination of Freemasonry. 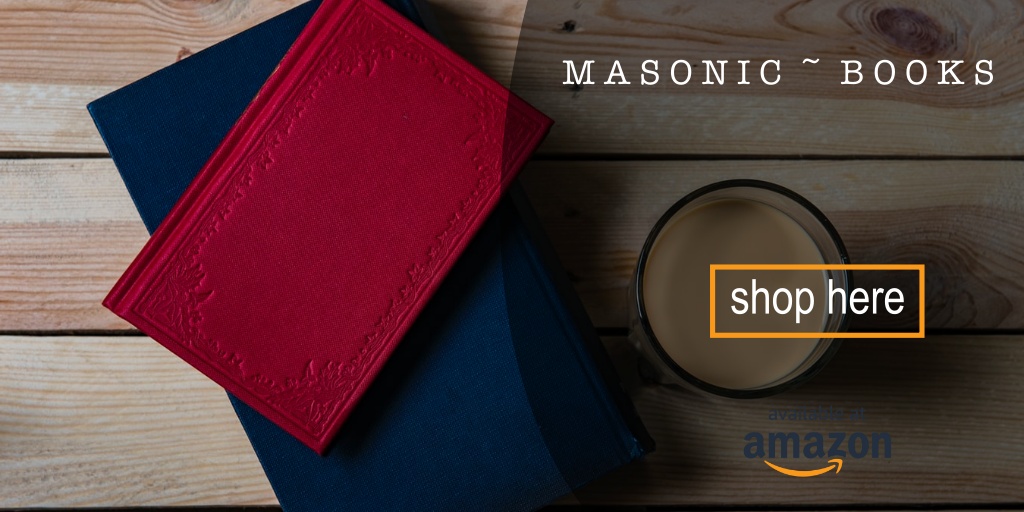