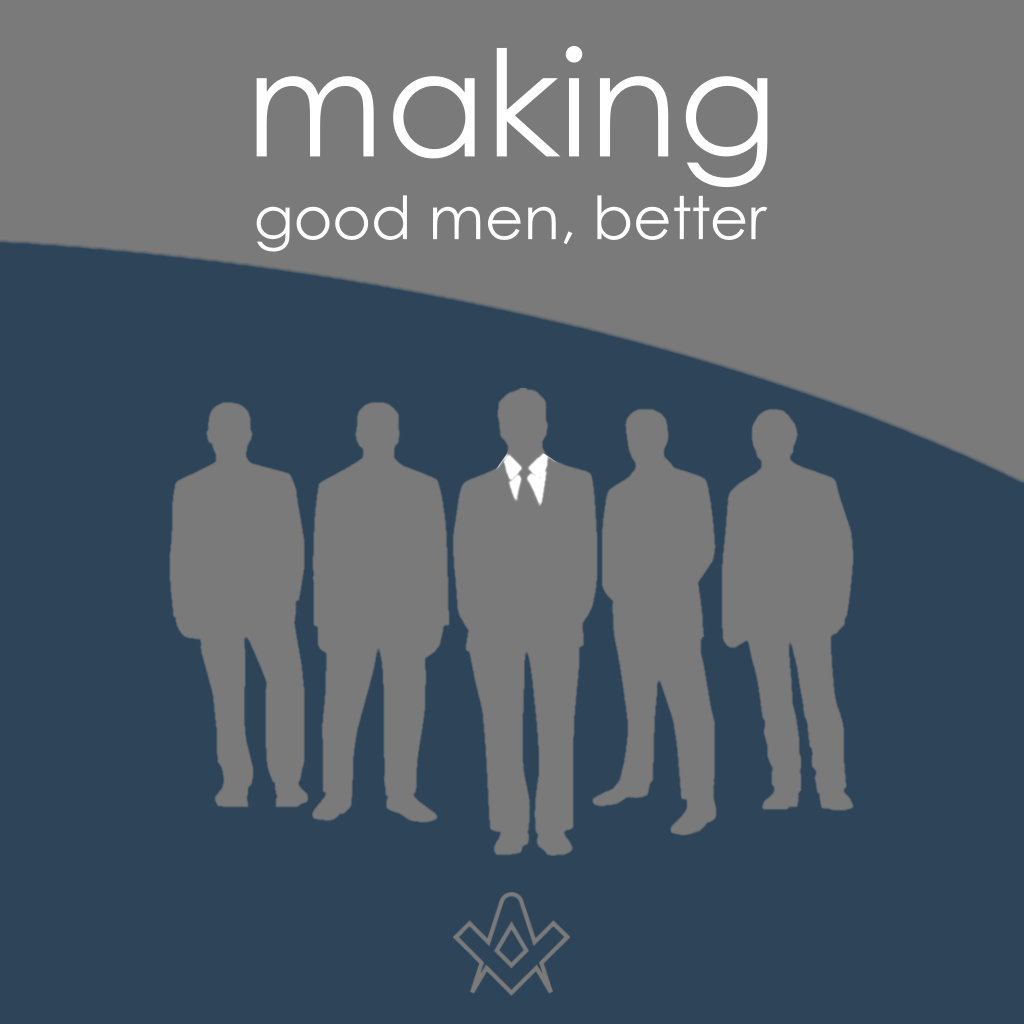 Ask a random Freemason the purpose of Freemasonry and the likely response will be to “make good men, better”.

It is a fair answer when followed on by the brother’s personal view of what that means but to so many Freemasons the world over this statement varies quite often and to some is hollow. In a questionnaire conducted this past week, of which 128 brethren gave their opinion on the matter (Davis, 2020), opinions seemingly hit on three main points.

This article explores the answers left by these brothers in the Craft; furthermore, the paper seeks to expand on these answers by offering tools that can be utilized in lodge to expand on what they would like to see within Freemasonry after the receipt of the Sublime Degree of a Master Mason.

Generally, the path to Freemasonry is a rather short one, ranging anywhere from a one-day class to even years before a brother is raised to the Sublime Degree of a Freemason. Usually, this is constricted to less than a year though, with the third degree being a very important undertaking that leaves quite a lot of questions in the newly raised Master Masons mind.

These answers are generally left unanswered and what we see established is a group of brothers blindly leading other brothers through stated meetings where the focus of the meeting is the minutes of the prior meeting.

This is not to say the brothers are unintelligible, but rather have not been directed to resources abound that would better prepare them to instruct others in the ways of the craft. In my own experience, having visited multiple lodges in both the United States and Ontario, Canada, these meetings are broken down into payment of dues, payment of bills, a vote on the minutes, and possible Masonic short talks.

This likely leaves a new brother to ask one of the following questions:

The answer to all three questions is no. Freemasonry is an evolving fraternity, sometimes for the better and sometimes for worse. Just as our rituals have changed since their inception so have our priorities. In the 17th and 18th century not all lodges met regularly, with some only meeting for the conferral of degrees on new initiates.

During the late 18th century and early 19th century, we see a fraternity flourishing with enhanced rituals created by Brothers Thomas Smith Webb and William Preston. These two, and many others emphasized the first three degrees as well as the rest of the York Rite, [yourkrite.org]  creating an expansive and more explored narrative to the Masonic story, accompanied by lectures for each degree emphasizing not only historical points derived from the Holy Bible and Flavius Josephus’ Antiquities of the Jews but with moral lessons laced throughout.

These prior and interim lectures, and their authors, are seemingly becoming lost to history but, based on the poll data received, Brethren want them back. Respondents were allowed to write what they believe the fraternity’s involvement is in “making good men, better”, and the results can be quantified into three categories: Masonic education, Brotherhood, and Moral lessons from the degrees.

Masonic Education is likely one of the most important aspects when entering our doors. Rather it is a historical analysis of where Freemasonry has arrived from, the Masonic legends, or factoids concerning various men who entered our ranks all Brethren seek to have a working knowledge about that, which they enjoy.

A lodge is not limited to what is discussed as Freemasonry spans quite a lot of ground, covering a large expanse of history, philosophy, and sciences. Furthermore, lodges must realize that every lodge is a research lodge.

While this paper acknowledges the difficulty of the task, given Freemasonry’s sparse historical documents, it is also realized this is not the first time a researcher has encountered this dilemma. The Roman Republic did not start recording history until at least 300 years after Etruscan rule, thus creating over 500 years of lost philosophy and history to recover.

Such a monumental task seems impossible, yet historians such as Polybius rose to the task to recover these histories. Other historians, such as Herodotus, sought the past out and write on it in such a way it would provide moral lessons to his readers.

Fraternal Friendships polled second and are indicative of the necessity to have close relationships to those we sit in lodge with. The lodge is much more than a place to conduct business, it presents a forum for all brethren to voice their opinion.

Discussions should be had within the confines of a tyled lodge for all the brethren to participate. Discussions should also be had outside of our doors, and it is incumbent upon the men of the officer line to ensure this happens; be it on a website, a group chat, or even platforms such as Facebook, Skype, and Google.

There are quite a lot of mediums available to facilitate a healthy discussion that transcends the time allotted for a business meeting, and from these discussions, one can get a feel for where the lodge is and where it should be taken based on the brethren.

Historically, Freemasonry grew out of smaller towns where many of its members knew one another because they could be found within the same square mile; this is no longer the case as members travel an hour or more to attend lodge and would otherwise likely not see their brothers outside of Freemasonry’s doors.

Officers should make the effort to reach out to its members, especially those without families, to ensure they know that they are a part of a brotherhood that operates both within the confines of the Masonic Temple, as well as outside of it. This is especially true concerning the current COVID-19 pandemic that has swept our nation and forced the closure of our doors.

Lastly, the third highest in the poll was to teach and expand on the Moral Lessons embedded in the degrees. Unless one is a fast learner and a deep philosophical thinker it could take an immeasurable amount of time before they understand the underlying lessons in each of the three degrees and those degrees that lay beyond.

This deeply rooted philosophy sits at the center of why Freemasonry exists, to go beyond simple historical narratives and strike the initiate at the philosophical archetypes that comprise each of us (Golden, 2020); these rituals tug on the consciousness of the initiate forcing him to face himself, exposing and dealing with his character archetype so that he can better himself.

Symbology within Freemasonry is aimed at exposing and combating these archetypes. The “Point within a Circle” is a prime example of centering oneself between the archetypes of the hero (St John the Baptist) and the sage (St John the Evangelists).

Expanding on these symbols and breaking them down to their root science is the essence of philosophical thought and a key element to understanding the degrees.

Through reading and instruction, Brethren will find several interpretations of the degrees to include representing the various stages of life, with deeper implications alluding to the story of the ineffable soul.

Secondly, through taking these actions one may further seek to redefine the stigma associated with the “Stated Meeting”, which has been stigmatized, by many, as the “meeting of minutes”. In this next section let us propose several ideas that address these issues among others.

There is an entire world of literature and history that surrounds Freemasonry that addresses the curiosity of the brethren. A well-orated lecture on the history of Grand Master Nimrod and Brother Mason Noah would undoubtedly bring up much debate, which is at the center of any good Masonic topic.

Education is not limited to Masonic related subjects, however, as the orator can broaden the research and look into explaining the various zodiac symbols that are depicted within certain Rites of Freemasonry, or expand on the area of the Seven Liberal Arts and Sciences, such as Astronomy, explaining how to locate the North star when lost, as well as the origin of the seven stars in Masonic depictions.

One often overlooked aspect of education is simply making it available; the establishment of a library available to members of the lodge would provide an immeasurable impact. Given the current situation in the United States, previous education given in the areas of communications equipment such as amateur radio, or in prepping or rationing of supplies could become an invaluable tool for every brother of the Craft.  All these topics and so many more will serve to make men, better.

Regarding Fraternal Relationships, one can only look to broaden the scope of activities both inside and outside the lodge. Inside the lodge, the Worshipful Master and Wardens should encourage discussion while in tyled sessions.

They should foster a climate where brethren feel free to speak up during educational lectures or votes. While outside of the lodge the Worshipful Master and Wardens should seek events that bring the brethren together.

LaFayette Lodge No. 199, in Lock Haven, Pennsylvania, met together at an establishment called the Hatchet House, where they spent time with both each other and their wives to build a cohesive relationship with one another and bring their spouses into the fold.

The lodge should no longer be a place to discuss business, as in the past. Rather, it should become any place three or more Master Masons come together to be among one another. These can be organized events that are planned months out or can be a spur of the moment ideas.

It should also include the families; The term “Mason” should not describe solely the individual, but rather the entire family; spouses are not new to Freemasonry, as several side orders such as the Order of Eastern Star, and Heroines of Jericho, have shown us.

Lodges must look past the stated meeting and seek the informal to furnish the fellowship necessary for a healthy lodge, and again to make men, better. One thought given the current state of affairs may include use of the Internet and applications such as Skype, FaceTime, or Facebook Live.

Lastly is the imparting of Moral Lessons that come with the degrees. To continue this, various efforts should be directed to expound on them and explain the implications of the teachings; while not all Masons will agree on every moral implication in a given degree, all will agree each degree holds several moral implications.

It is important that brethren not simply learn their oaths, or a particular catechism, but rather can explain the importance of the degree from the historical to the archetypical. Once again, all lodges must act as a Research Lodge.

To that end, every brother is a researcher of Freemasonry. We are not simply an empty husk with a title, we are a charged soul well learned in matters of Freemasonry, lest the title is empty. It is arguably more important to understand the reasoning behind each degree than it would be to accurately recite, in full, the catechisms and ritual.

Lodges, therefore, should seek to appoint a brother whose task is education about the degrees, teaching the invaluable lessons contained within, and expound on them so that each degree can connect with each initiate and their life.

In conclusion, there are multiple ways to make good men better. Each man must define for himself how he will become better, but the collective lodge should seek to aid and assist the individual in that laudable pursuit.

Lodges, through instruction on Masonic and non-Masonic education, can strengthen the Craft, with Fraternal ties being strengthened those members seeking fellowship will have reason to come back, expanding on the moral lessons taught into the degrees and providing a true basis for members to meet on the level. 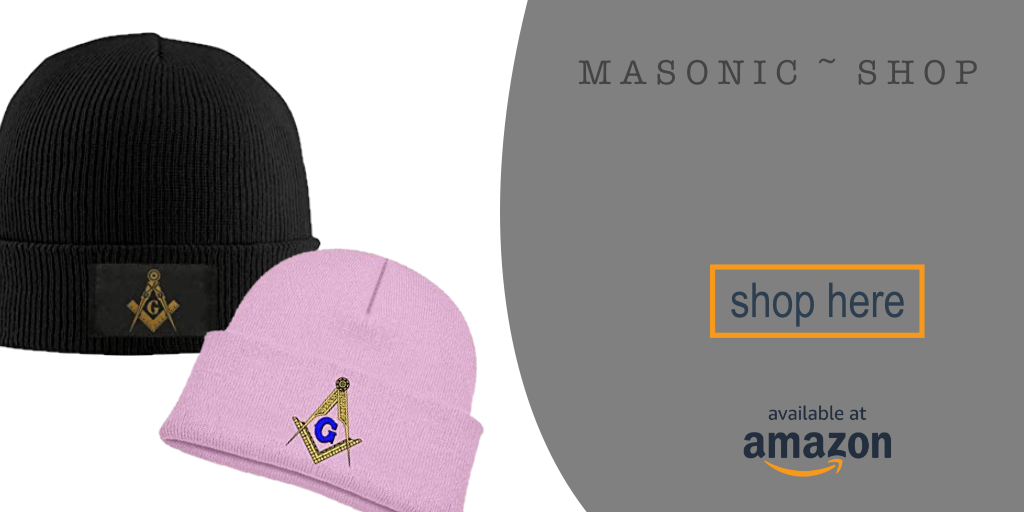