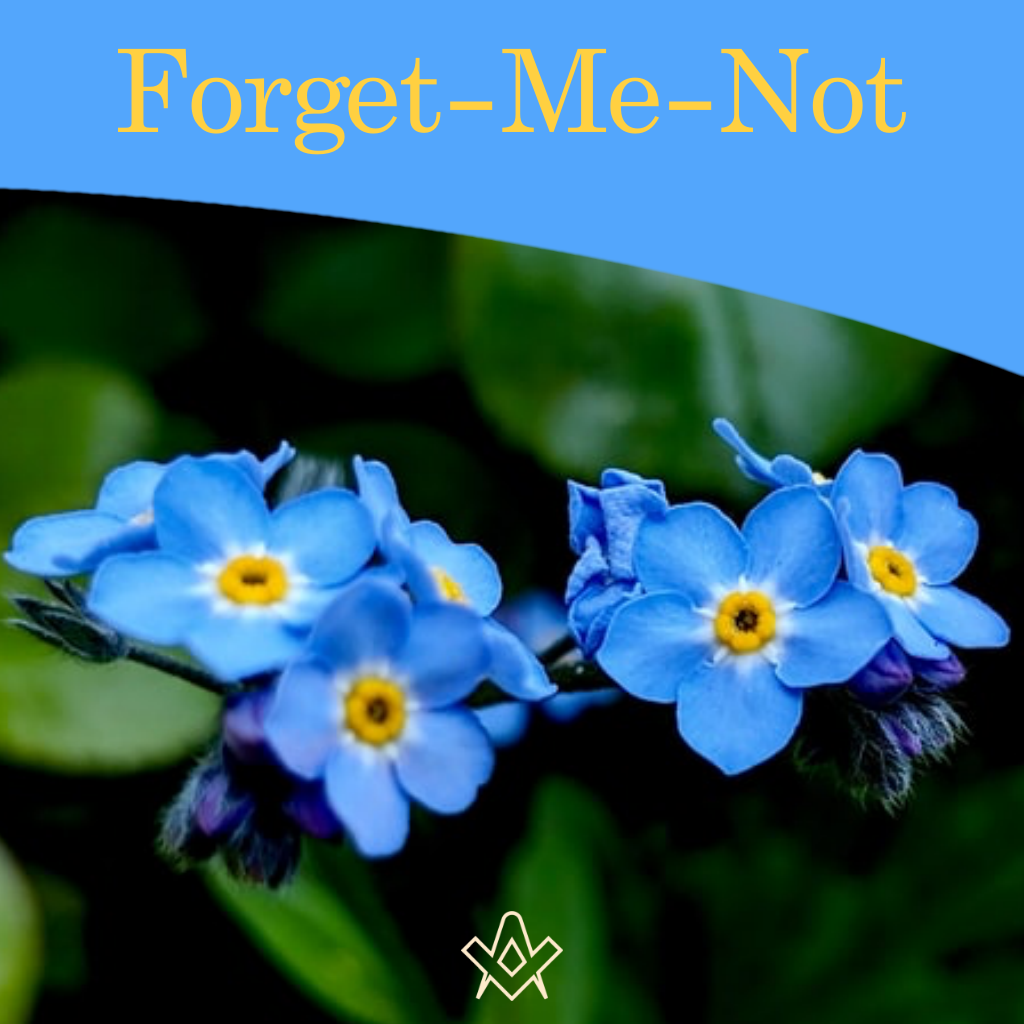 The Forget-Me-Not and Anti-Freemasonry in Nazi Germany

The small blue forget-me-not flower was first used by the Grand Lodge Zur Sonne in 1926, as a Masonic emblem at the annual convention in Bremen, Germany.

In 1938, a forget-me-not badge, made by the same factory as the Masonic badge, was chosen for the Nazi Party’s Winterhilfswerk, the annual charity drive of the National Socialist People’s Welfare (the welfare branch of the Nazi party).

This coincidence enabled Freemasons to wear the forget-me-not badge as a secret sign of membership.

After World War II, the forget-me-not flower was used again as a Masonic emblem in 1948 at the first Annual Convention of the United Grand Lodges of Germany in 1948.

The badge is now worn in the coat lapel by Freemasons around the world to remember all who suffered in the name of Freemasonry, especially those during the Nazi era.

Most Freemasons, and Freemasonry as a whole, are particularly mindful of our heritage.

Both the most experienced Master Mason and the newest Entered Apprentice can appreciate the lessons and knowledge available to us through careful study.

Our reverence for the wisdom of the liberal arts and sciences provides us with a unique perspective on the architectural foundations and columns of the built world, as well as a healthy respect for mathematical numbers and letters.

In addition, we see, as others do not, the internal beauty of the natural world, from the grandeur of the sun, stars, and moon, to the sacred and solemn symbolism of the most modest acacia plant.

To be a Mason is to be in possession of a special gift, to always be in search of meaning, present or hidden, in the world around us. 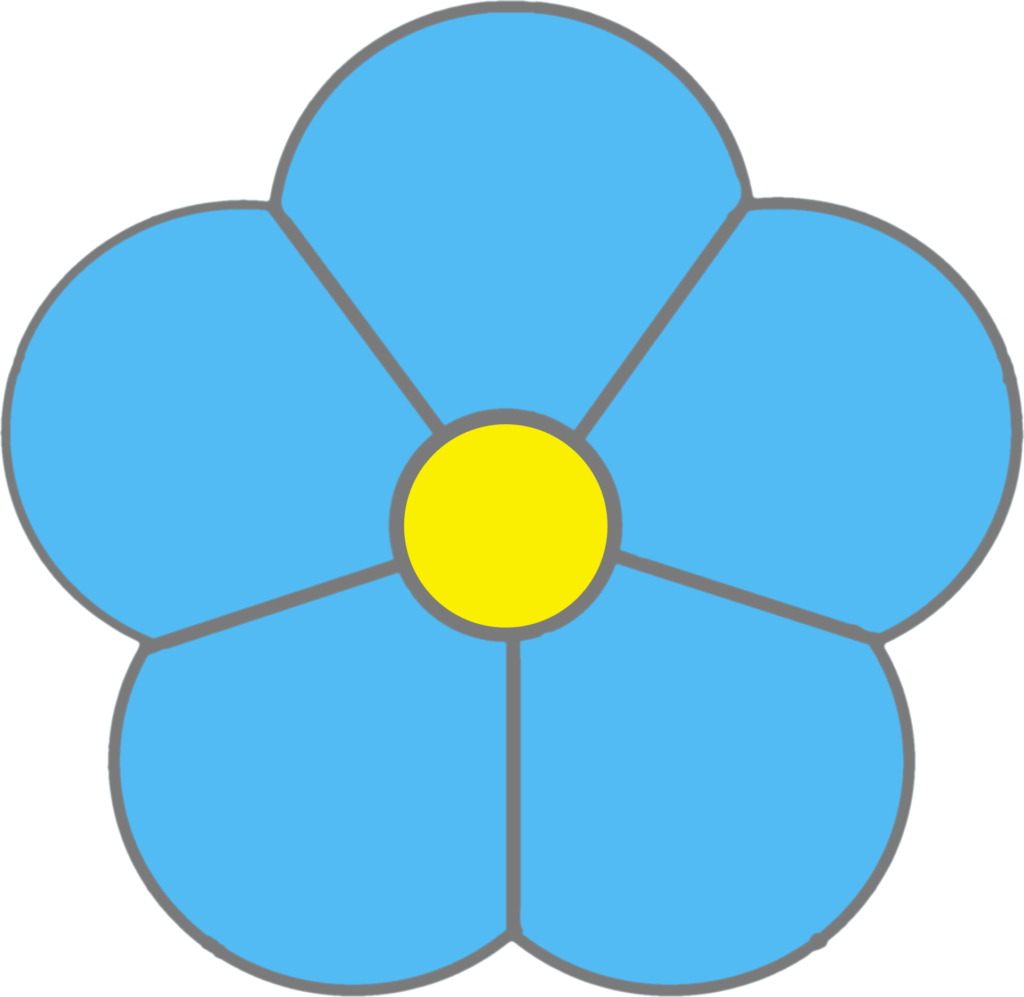 The “forget-me-not,” is the informal name of the Myosotis flower, generally known for being small, with 5 blue or purple petals.

Historically, it holds a place in the poetry of Wadsworth and Thoreau, medieval German legends, Christian hagiography, and English political history.

For Freemasons, the forget-me-not is a symbol that reminds us of resilience and resistance, and of love for the Fraternity and its principles, even under distress and persecution.

From its inception in 1933, Nazi Germany placed a strong emphasis on propaganda and achieving a positive public perception of its ideological goals.

This included legal, political, and civic restrictions against opponents of the regime, and those who were victims of its rigid racial and social ideology.

Along with Jews, homosexuals, those living with physical and mental handicaps, Catholics, and Jehovah’s Witnesses – Freemasons were targeted for criminal prosecution and exclusion from society.

This was achieved in a number of ways. The Enabling Act of 1933 allowed for a governmental decree the following year that officially dissolved all Masonic Lodges within the Third Reich, confiscated their property, and formally barred those associated with Freemasonry from membership in the Nazi Party.

In 1934-5, the Ministry of Defense ruled that soldiers, officers, and civilian personnel could not be members of Masonic organizations, and Hitler declared a victory over “international Jewry” in which he linked antisemitism to conspiracy theories about Freemasonry.

The head of the SD, the intelligence branch of the SS, Reinhard Heydrich, labeled Masons as  “most implacable enemies of the German race.”

He later demanded that Germany “root out from every German the indirect influence of the Jewish spirit” — “a Jewish, liberal, and Masonic infectious residue that remains in the unconscious of many, above all in the academic and intellectual world.”

The SS featured two separate offices dedicated to pursuing Masonic properties and Freemasons, a process that would continue into the war and into countries under direct or indirect German control.

Vichy France declared Freemasons ‘enemies of the state’ and in Fascist Italy, Mussolini spoke out against Jewish-Bolshevik-Masonic conspiracies.

Anti-Freemasonry took many forms under the Nazis, both individual and collective, and in official and informal capacities.

The most popular charges were conspiratorial and antisemitic. That is, Freemasonry was linked to a variety of Nazi enemies – Communism, the international press, and Jews.

This was done in Party newspapers and literature, in political speeches, and through indoctrination events such as museum exhibitions.

For example, mock lodge displays were set up featuring skeletons in Masonic regalia alongside Jewish symbols or imposing the square and compass over or alongside a six-pointed Star of David.

Portraits of prominent Freemasons were displayed alongside a Torah scroll, and posters featuring the site of European radical political revolutions featured a Masonic apron.

Free association between and among Masons under Nazi control was dangerous.

There were Brothers, however, who were determined not to give up their identity as Freemasons, even under these most difficult of circumstances.

For example, at the concentration and later prison camp at Esterwegen, Belgian political prisoners formed the Loge Liberté chérie (Beloved Liberty Lodge) and conducted meetings and ritual in secret from 1943-1944.

In 1926, the Grand Lodge of Germany held its annual meeting in Bremen in northern Germany.

It adopted a blue forget-me-not badge as its emblem, which was produced by a local factory.

By coincidence, the same facility was called upon to produce a blue forget-me-not lapel pin in 1938 by the National Socialist People’s Welfare Organization, to commemorate its Winterhilfswerk, or winter charitable contribution drive.

The pin was a gift to donors. Thus, the blue forget-me-not, ostensibly a symbol of Nazi social policy, became a symbol of Freemasonry – a clandestine badge of membership.

Article by Worshipful Brother Alex Lehning of Washington Lodge No. 3 in Williston, Vermont, and reproduced by kind permission of Masonry Today.

"The first great duty, not only of every lodge, but of every Mason, is to see that the landmarks of the Order shall never be impaired." — Albert Mackey (1856)

It is common knowledge that the ancient wages of a Fellowcraft Mason consisted of corn, wine, and oil. Many however, object to this assertion. How can corn be associated with these ancient wages when—clearly—corn was first discovered in the New World? Discover how 'corn' may in fact be 'salt'!

How Holy is Holy Ground?

“Do not come any closer,” God said. “Take off your sandals, for the place where you are standing is holy ground.” Exodus 3:5

Due or Ample Form? What is ‘Ample’ form, when in lodges the term ‘Due’ form is used? 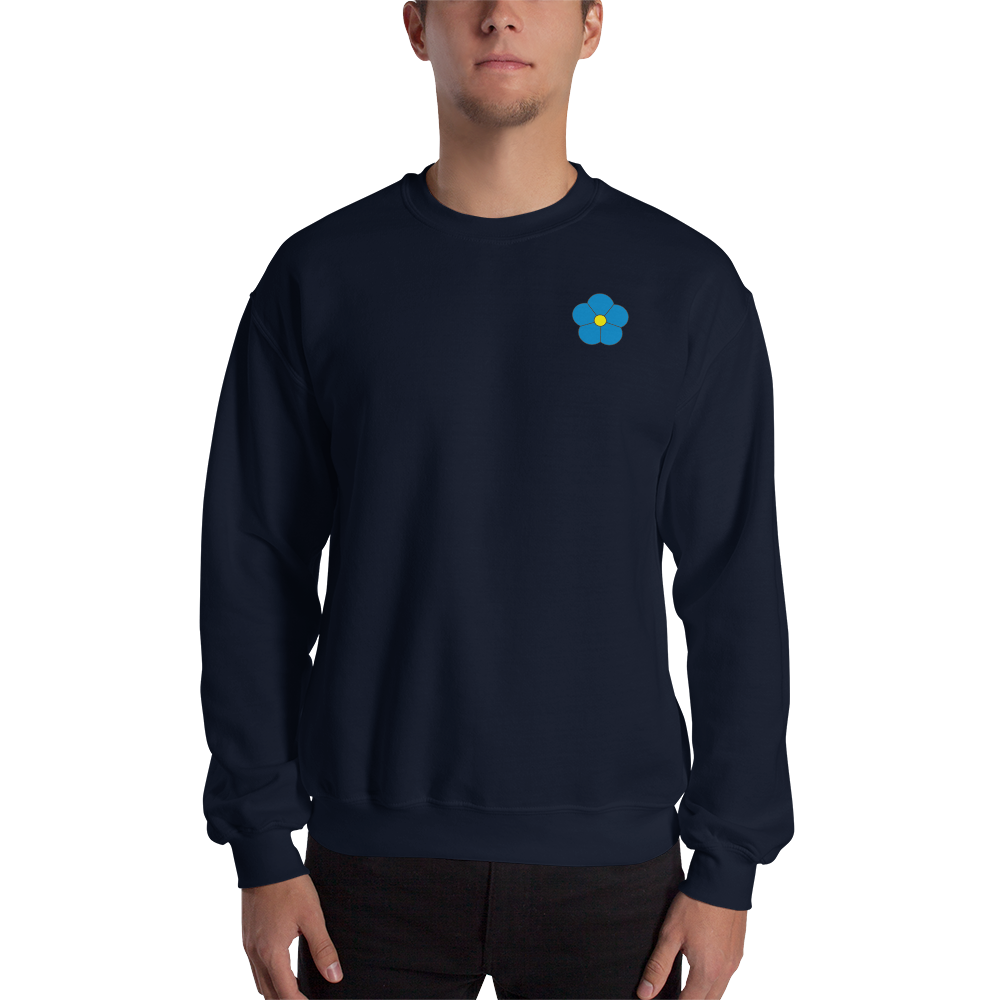