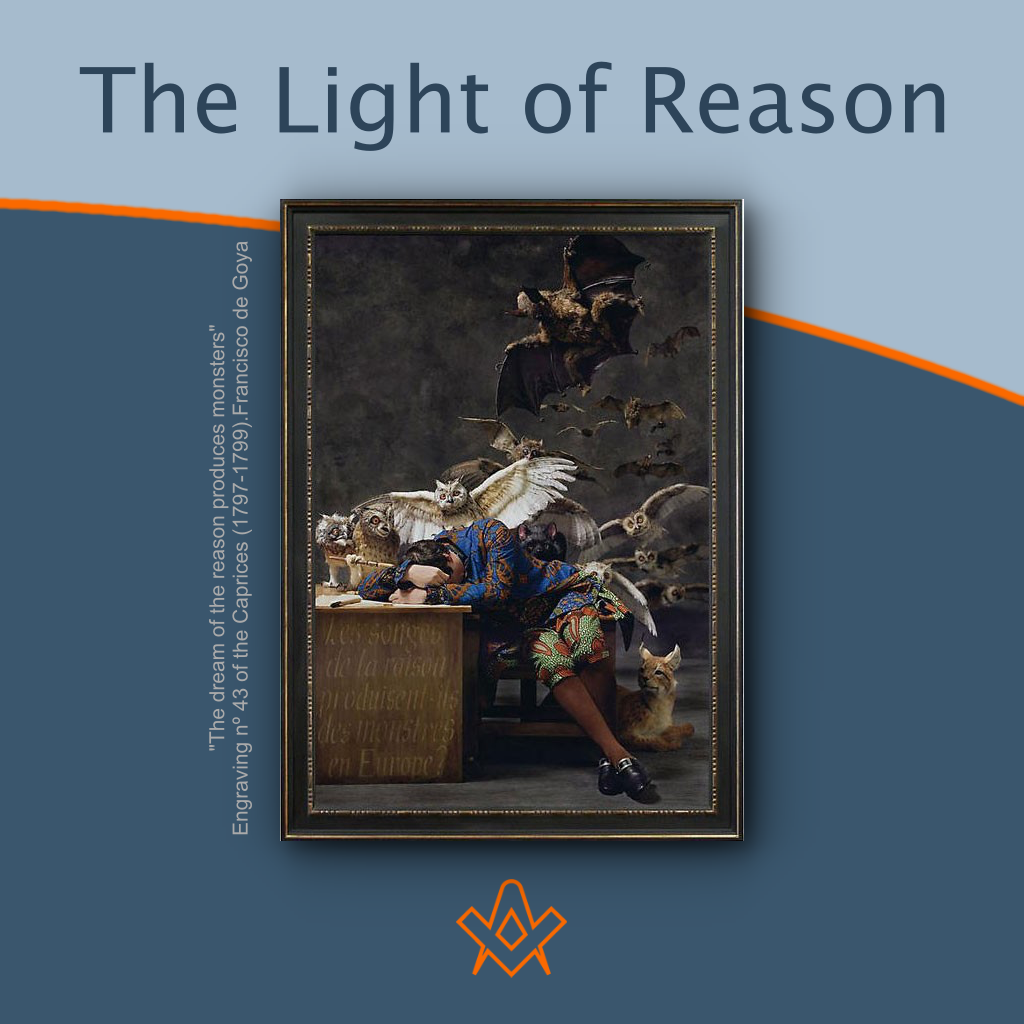 First was dogma, then reason. First was dogmatic thinking, since it is born and obeys the law of least effort, presenting itself as a way of understanding the natural world.

Then the logos is born, intelligent thought with meaning, which seeks to understand the natural world through reason and explain it through words.

In this way, dogmatic thinking and rational thinking arise, and both are aware of themselves and of their ability to symbolically link with the universe.

For this reason, there is a dogmatic reason that is founded on the speculation of an imaginary – individual or collective -, and an adogmatic reason based on the certainty of facts and logic.

In the imaginary of dogmatic reason, religion is found as a great worldview that represents that set of beliefs of an indisputable nature, held by certain to be undeniable and obligatory principles for its followers; Thus, ignorance is born, which tries to be saved by the hope of faith and by the fear of Divine punishment.

Ignorance is the worst of all evils, as Plato says. From ignorance derive all evils and from knowledge all goods. Plato advises human beings to concern themselves with being rich in virtue – knowledge

Faith, certainly respectable, does not save from ignorance, since the laws of nature are amoral and governed by causality.

In mythological stories and in biblical literature, the metaphor teaches us that the Deity tries to make man develop his existence in ignorance, the biblical account of genesis points out “but from the tree of the knowledge of good and evil you will not eat; for in the day that you eat of it you will surely die ”, Genesis 2:17.

The Titan Prometheus, who stole the fire of the gods to deliver light to men, suffered Zeus’ punishment, and was taken to the Caucasus where he was chained so that an eagle would eat his liver, and being immortal, his liver returned to grow every night, and the eagle ate it again every day.

The angel of light was condemned to the lake of fire and brimstone for drawing light from darkness, for gaining wisdom by breaking infinite ignorance, for awakening consciousness of the unconscious.

If ignorance of dogmatic thinking about Deity is subjected to the judgment of reason, it does not successfully save the examination of the logic of the Epicurus paradox, since the attributes of Deity – created by man – such as his omnipotence , omniscience, omnipresence and omnibenevolence, do not solve the problem of evil and disease in the world, so why call him God.

If Pascal’s wager in his argument states that in the face of the probability of the existence of God, the rational thing is to bet that he does exist in order to obtain as a reward the great gain of eternal glory, the absurdity of trading the light of the reason for obscurantism and ignorance, in order to live with the hope of an assumption that is based on a matter of chance.

In the absence of evidence and certainties, the real thing is that man has created God in his image and likeness, seeking salvation and existential security that allows him to give meaning to suffering and human misery, seeking to justify his lack of courage to assume their animal condition and nature.

In the thought of a dogmatic reason, philosophy and science are found as great worldviews that have pushed human reason to the limit of its critical possibilities; Thus, reality is born.

Nature is the real, its laws obey principles demonstrable by the empirical-analytical method; and homo sapiens, whose reality about his nature exists in the homo sapiens-demens dialectic, masterfully illustrated by the anthropologist Edgar Morin, has real existence – not possible existence – in his culture.

The dogma-ignorance dialectic does not obey sociocultural reasons – education – or socioeconomic reasons – wealth -, it is a dialogue that takes place depending on the level of consciousness of each homo sapiens-demens.

Theism and atheism, in their apparent antagonism, are and are part of the tireless search for human reason to reach the truth, those conscious truths that the human species is building, both with its ideofactures and with its manufactures, in its desire to know itself herself, a longing that has often led her to the extreme of delirium, or as Richard Dawkins would say, to the “Mirage of God”.

Dogmatic thinking has its roots in fear, according to the philosopher Bertrand Russell, fear is the basis of everything, fear is the father of cruelty and, therefore, it is not surprising that cruelty and religion go from hand.

On the contrary sensu, the adogmatic thought is born from the courage to conquer the world through intelligence, it is a rebellion against the moral of Tartufo, when José Ingenieros declared, “Hypocrisy is the art of gagging dignity;… it is the guano that fertilizes the vulgar temperaments, allowing them to prosper in lies … “.

In Robert Pirsig’s words “when a person suffers from delirium, we call it madness. When many people suffer the same delusion, we call it religion. “

The adogmatic thought is the great achievement in the evolution of the human mind, it is the one that allows us to distinguish between light and darkness, between knowledge and ignorance, between truth and error; he is the one who values ​​life, builds a world and symbolically links himself to the universe from this side of death: “Citerior”.

Thus, reflecting on dogma and reason, it can be said that dogma does not create science or evolution in the human mind, the reality of our world is in the facts and in the certainties that we have about reality.

“Evolution is to generate and expand consciousness, in such a way that the gradual and progressive evolution of the parts is the evolution of the whole, otherwise the existence of the universe and humanity would not make sense” 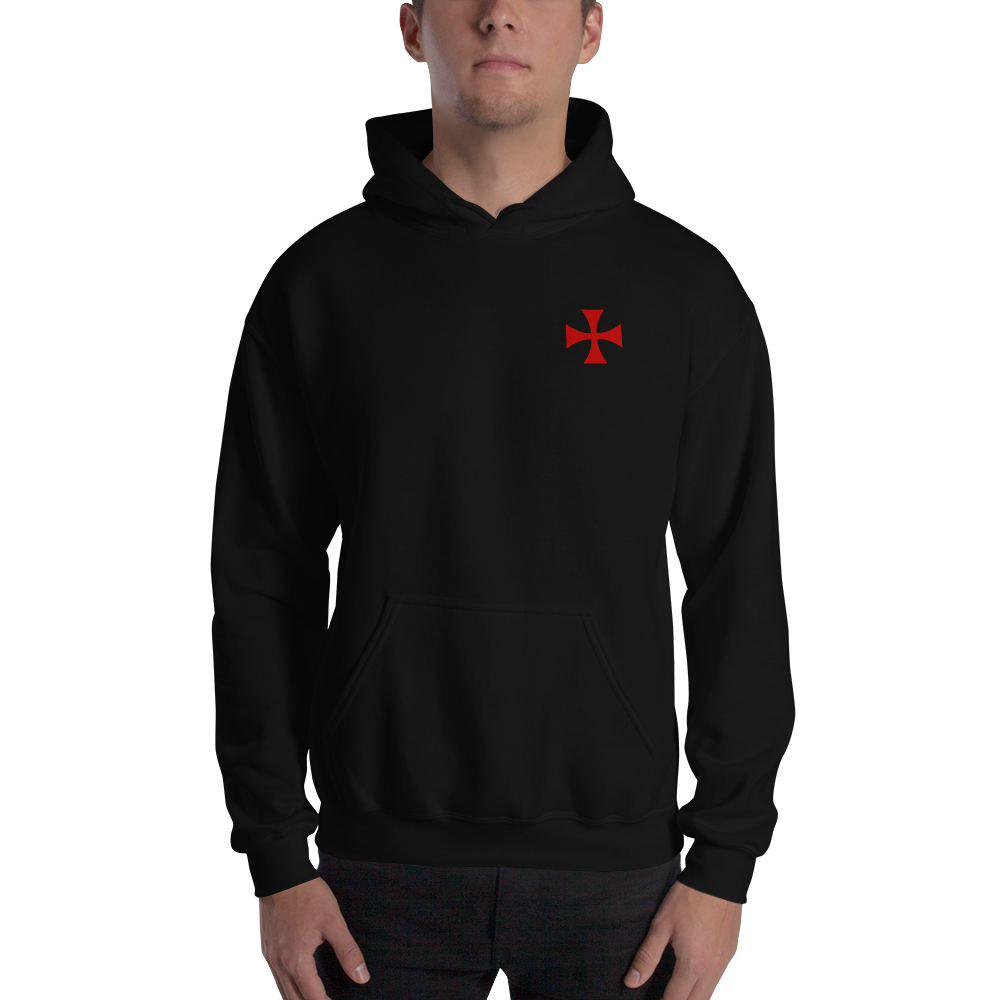