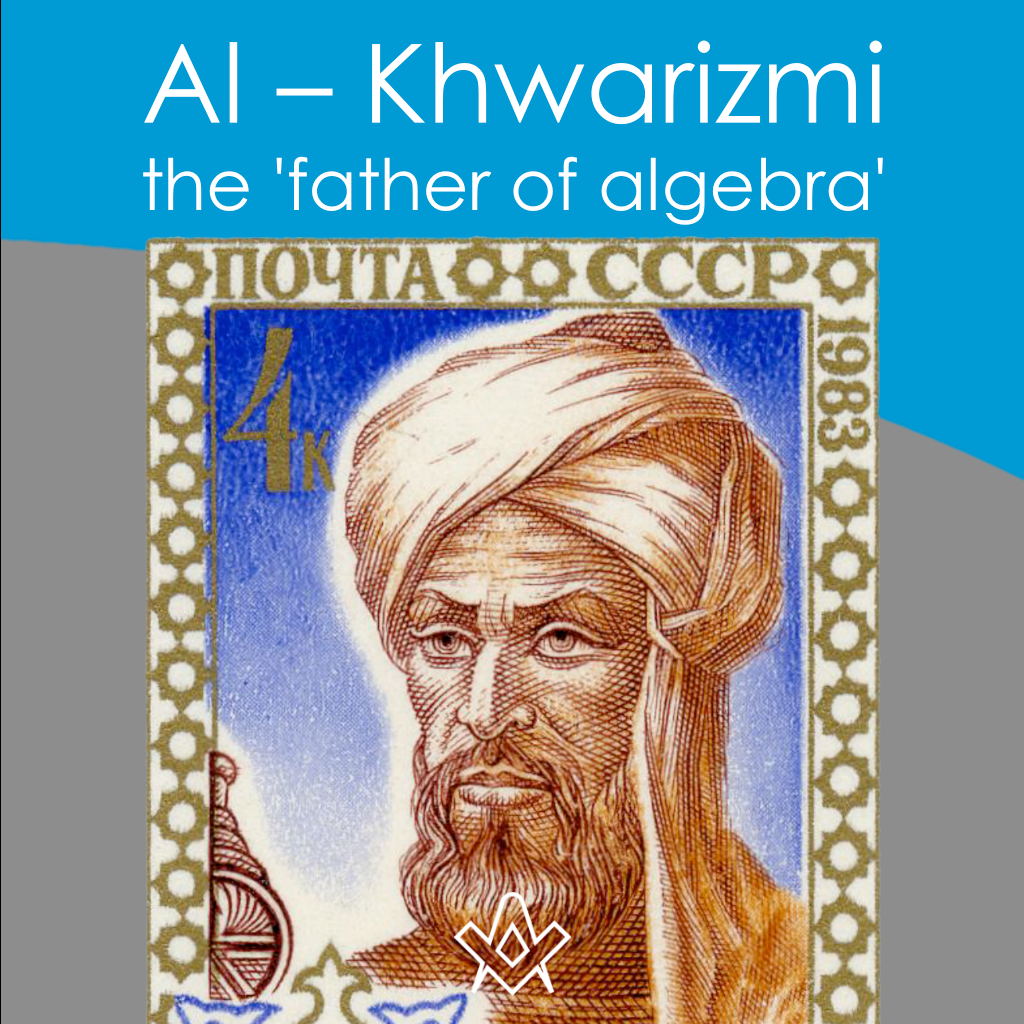 If you want to know who was to blame for all those algebra lessons, look no further than Muḥammad ibn Mūsā al-Khwārizmī (c.780-c.850).

Al- Khwārizmī was a polymath of Persian descent, whose works on mathematics, astronomy, and geography are world renowned.

Little is known of his early life but his treatise on algebra, The Compendious Book on Calculation by Completion and Balancing (also known as Al-jabr), became a revolutionary work in the history of mathematics.

It established algebra as an independent discipline – coining the term “algebra”, which was derived from “Al-jabr”, meaning “completing” or “rejoining”. He presented the first systematic solution of linear and quadratic equations and one of his principal achievements in algebra was his demonstration of how to solve quadratic equations by completing the square.

He wrote this treatise around 820 CE, when he was appointed as an astronomer and head of the library at the House of Wisdom in Baghdad, where learned men gathered to translate scientific works. 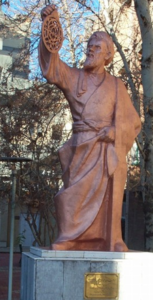 Al-Khwārizmī was heavily influenced by the Hindus and it is due to his determined study and translation of their texts that he can be credited with introducing to the Western world, not only the decimal positional system, but also the use of Arabic numerals in mathematics via the Hindu–Arabic numeral system.

This is a decimal place-value numeral system that uses a zero glyph. Its glyphs descended from the Indian Brahmi numerals, first described outside India in Al–Khwarizmi’s On the Calculation with Hindu Numerals (ca. 825), and Al-Kindi’s four-volume work On the Use of the Indian Numerals (ca. 830).

The Hindu number system, with its incorporation of a symbol for zero, was introduced to Europe via a Latin translation (De numero indorum; On the Hindu Art of Reckoning) of al-Khwarizmi’s work.

Only the Latin translation remains but it seems very likely that al-Khwarizmi was the first mathematician to expound the new number system systematically in Arabic. The term “algorithm” (a rule of calculation) is a variant form of his name.

Al-Khwārizmī’s teachings are considered the foundations and cornerstone of the sciences and influenced millions of learned men throughout the world.

During the late Medieval period, his work on arithmetic and astronomy contributed to the system of education made up of the Seven Liberal Arts. His form of elementary algebra was highly practical, and his book was intended as an introduction to being able to solve real life problems – he stated that the purpose was to offer:

“what is easiest and most useful in arithmetic, such as men constantly require in cases of inheritance, legacies, partition, lawsuits, and trade, and in all their dealings with one another, or where the measuring of lands, the digging of canals, geometrical computations, and other objects of various sorts and kinds are concerned”.

Liberal arts and sciences is the term given to an education based on classical antiquity. It is meant to be a practical education which develops mental capacity.

It was designed in the late medieval period (12th/13th centuries) using ideas from Ancient Greek and Roman culture. During the Middle Ages, the liberal arts were central to university education.

It is comprised of two sets of disciplines known as the Trivium (from the Latin tres via – the ‘three ways’) and the Quadrivium (the ‘four ways’):

The Trivium is seen as the foundation – the use of the senses and the ability to communicate precisely in and about the world – and the Quadrivium contains those subjects that build upon the foundation.