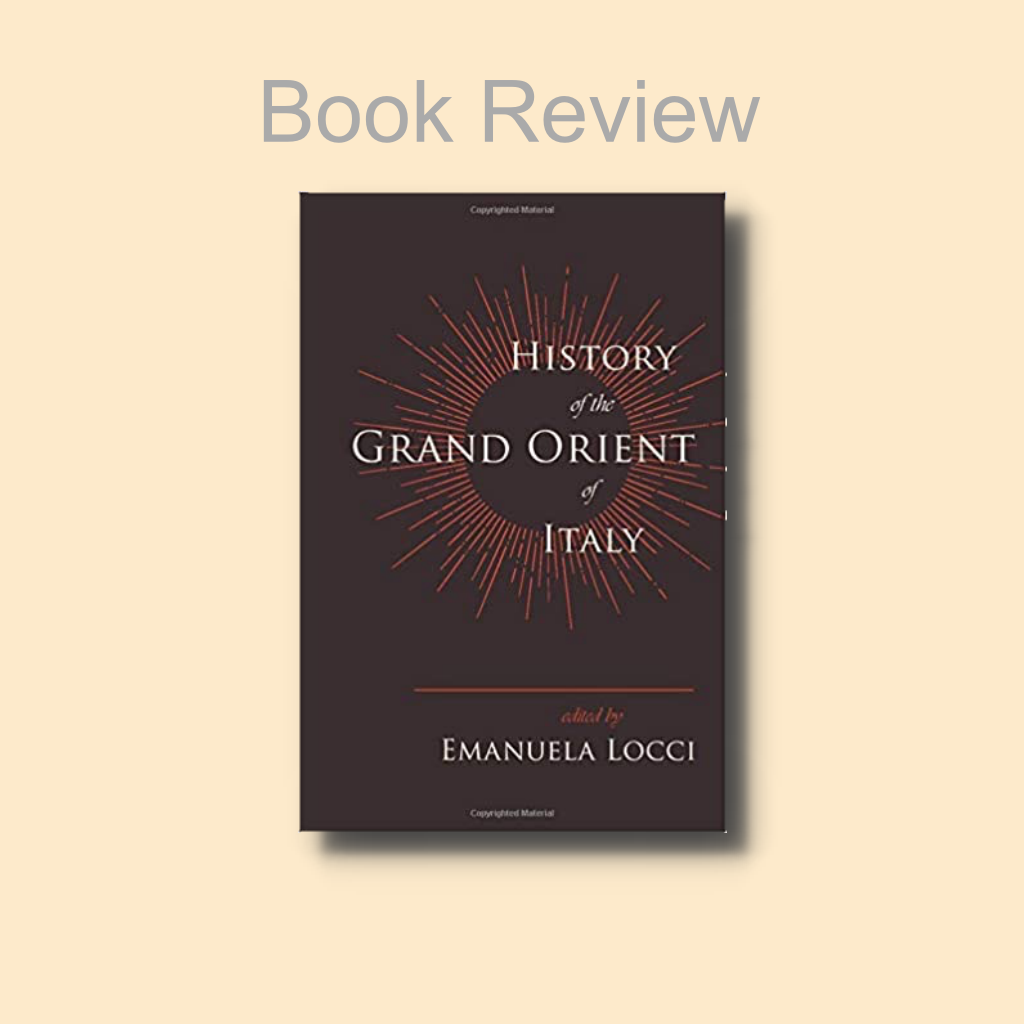 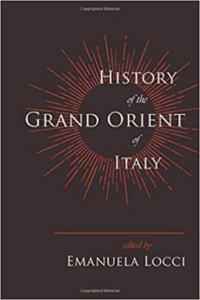 History of the Grand Orient of Italy

The initiative to write this volume is derived from the intention to fill a bibliographic gap: a publication in English that fully depicts the history of Italian Masonry. To this end, it offers to bridge this gap, and contribute to expanding the Anglo-Saxon audience on the history of a major Obedience in Italy: the Grand Orient of Italy.

The volume consists of eight chapters, starting with an introduction on the eighteenth century Italy, and the penetration of Freemasonry in the peninsula.

The paper by Giulia Delogu offers a comprehensive review on Masonry since the 1700s to Napoleonic times, and reveals broadly the challenges faced by Freemasonry in its introduction in the early modern Italian domains. Although lodges were established in Rome, Florence, Naples and Milan by the first half of the eighteenth century, almost all of these encountered struggles and even persecutions. The most notable “incident” happened in Florence, where the poet and Freemason Tommaso Crudeli was imprisoned by the Florentine Inquisition.

Nevertheless, Freemasonry endured and in the 70s gained prominence again, mainly in the Kingdom of Naples, favoured by Queen Maria Carolina, the Grand Duchy of Tuscany under Pietro Leopoldo, and in the Austrian Lombardy. Freemasonry nurtured the birth of cultural networks and contributed to the dissemination of philosophies.

A noteworthy example of the intertwinement of cultural, political, and masonic attributes observed in Italy, during the period of enlightenment, is the Neapolitan reformism of Gaetano Filangieri and Francesco Mario Pagano.

Giuseppe Luca Manenti describes in detail the Napoleonic age and Risorg­imento, and traces the events of Italian Freemasonry from the period of en­lightened despotism to the unification of the peninsula. In addition to pro­viding useful insight on the inner social shift in the lodges, the endorsing or adversary roles the Brethen played from time to time towards the estab­lishment, and the extent of rites and intellectual influences the lodges expe­rienced or acted on, Manenti reports a framework of the historiographical debates on the success in politics and culture of the affiliates in the span under his review.

The third and fourth chapters by Demetrio Xoccato and Emanuela Locci, respectively, focuses on the history of Italian Freemasonry in the liberal period, from the unification of Italy up to the first decade of the twentieth century.

The authors pay particular attention to the merger of Italian Freemasonry un­der the Grand Orient of Italy.The chapters encapsulate the efforts of three successive Grand Masters who served as the Head of Obedience: Adriano Lemmi, Ernesto Nathan, and Ettore Ferrari. Given their impressive accom­plishments, these three leaders have left an indelible mark on the coeval masonry.

The next chapter, by Nicoletta Casano, offers a comprehensive review of the Grand Orient of Italy during the WWI and outlines one of the gloomi­est eras in its history, faced with fascism. The Masonry of Palazzo Giustini­ani played a key role in the Italian involvement in the WWI as a part of the Entente.

Due to the influential in-house and foreign socio-political role of Italian Freemasonry in the early twentieth century, this Obedience acted on the public opinion in a more subtle manner than the interventionist po­litical parties. The country actually emerged with a ‘mutilated’ victory and a deep crisis that profoundly changed the scenario nationwide, leading to Freemasonry to withdraw in light of the emergent fascist dictatorship.

The sixth chapter, written by Emanuela Locci, briefly addresses the exile of Italian Freemasonry, and highlights the struggle of the Grand Orient of Italy in managing not to suffer oblivion, which was largely accomplished by some representatives of the Italian masonry fleeing abroad. Particular emphasis is given to the figure of Augusto Albarin, the first Grand Master of exiled masonry.

The seventh chapter anew by Emanuela Locci, centres on foreign lodges of the Grand Orient of Italy, by operating within the frame of Italian com­munities. He refers to, as case studies, the Italian lodges in Turkey (former Ottoman Empire), Egypt, Tunisia, Libya, and Eritrea.

While this section provides a fairly comprehensive description of the history of Italian lodges in Turkey and North Africa, the proposed depiction about Eritrea comes bare, as the research carried out by Locci is currently in itinere.

The last chapter is dedicated to the alliance between Freemasonry and sec­ular solidarity. Written by Demetrio Xoccato, the chapter entitled ‘Masonic solidarity in the liberal age: education and philanthropy’ highlights one of the inherent sides of masonry: the apparatus of worldly charity.

The essay offers an overview of the Masonic commitment to social life in the liberal age. Subsequent to the first few years of post-unification and the pursuant attempts to merge the entire Masonic force into one, Freemasonry could finally incorporate its actions within the civil society.

To this end, since the late 60s of the nineteenth century, there were several efforts to fund educa­tional and welfare institutions in Italian cities. The issues of schooling, con­current to occupation and poverty had emerged and prevalent expansive­ly; after several attempts, and some encouragement, the lodges responded mainly in two ways: by following foreign models of intervention (such as Economic Kitchen Houses and Night Shelters); or through specific initia­tives, that would lead to different fortunes.

The volume concludes its chronic–historical framing with the banishment of the Grand Orient of Italy during fascism. Subsequent to WWII—and the associated fascism—the Grand Orient of Italy resumed its affairs on10th June, immediately after the liberation of Rome, where the Obedience regained its name, and disseminated a manifesto stating the rebirth of the masonic communion.

Over the decades that ensued, the Grand Orient of Italy has strengthened to reclaim its position as the pivotal Obedience in Italy as demonstrated by its numbers in membership, affiliates, and activi­ties. However, several subsequent issues of bearing, in particular the widely relevant issue concerning Propaganda 2 lodge in ’80, has resulted in the negative reputation Freemasonry has in Italy.

An additional factor was the split that gave rise to the Grand Regular Lodge of Italy, founded in Rome on April 17, 1993, by some lodges supporting Giuliano Di Bernardo, the Grand Master of the GOI at the time. The chronicles of the Grand Orient of Italy, even the recent volumes, are extensive, the narration of which we hope will be accomplished in future publications. 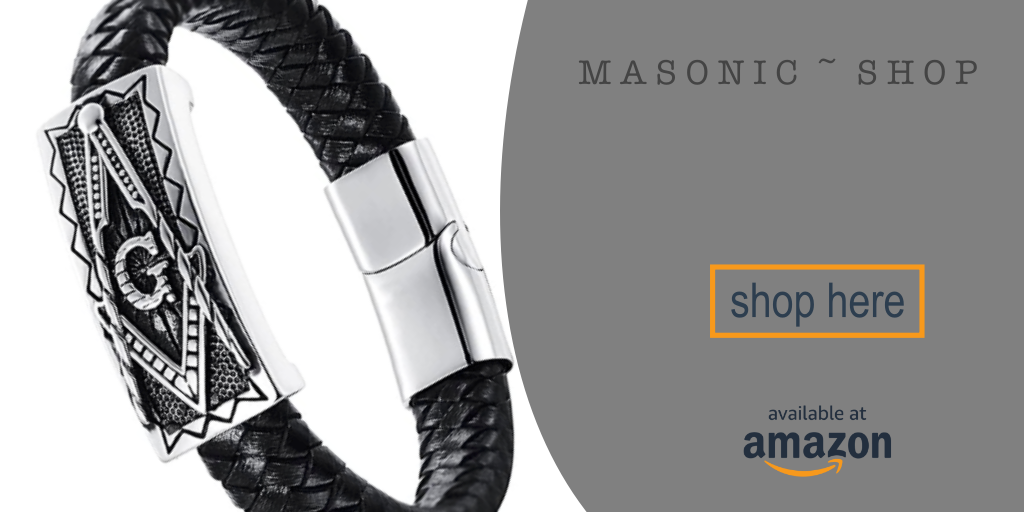