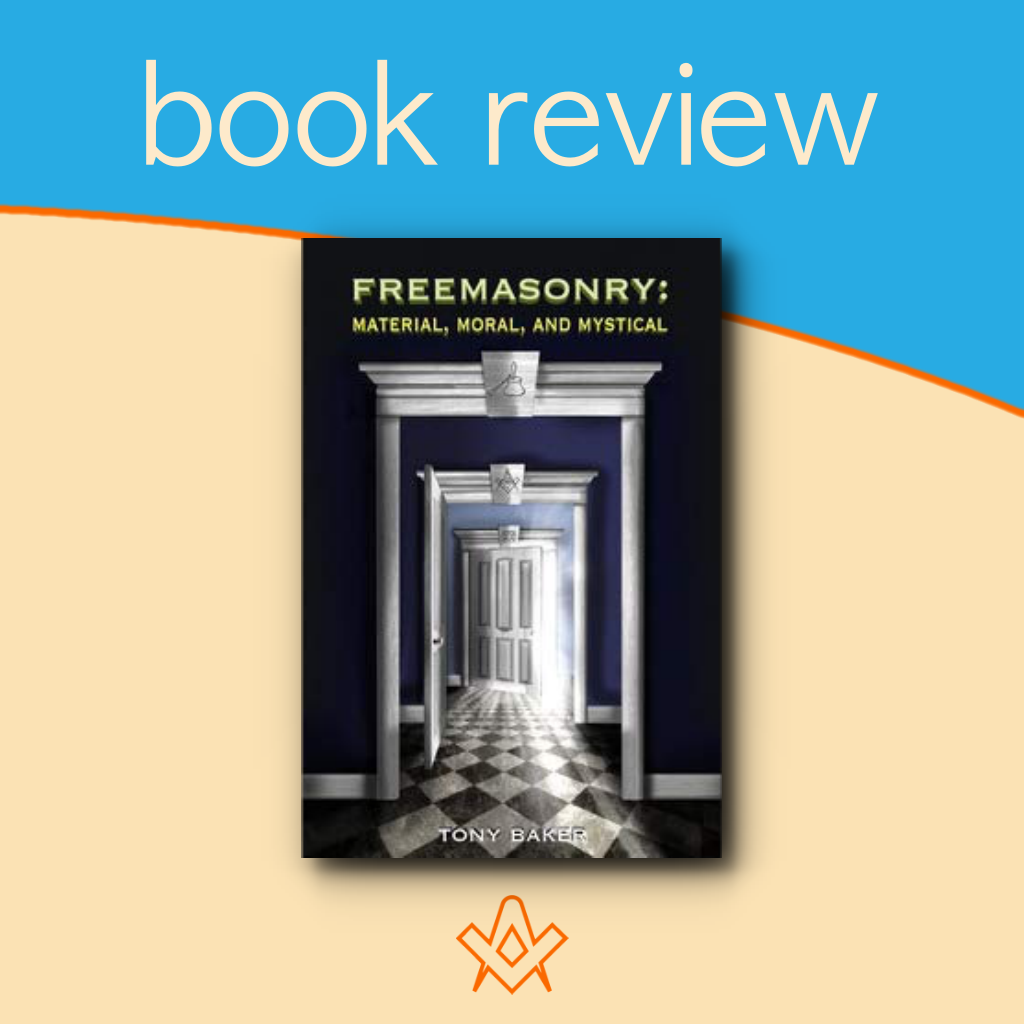 When you ask for an explanation of a passage of Masonic ritual, what is usually given is an outline of the Origin of that particular practice – why the operative stonemason used those secret passwords and signs to communicate his level of experience and expertise; because, after all, he had no diplomas or N.V.Q.s to show to his prospective employers.

This is comparable to explaining Christ’s parable of the Sower by talking about how impossible it is to ensure that all your seeds are sown on good fertile soil.

But Christ’s intention was not about giving advice to arable farmers! He had a message for all humanity, and so does Freemasonry.

Occasionally, an elaboration of the Meaning of the Square, Level or Plumb-Rule as symbols, from the point of view of a basic morality, might be offered; or what working on a Rough Ashlar with the aim of turning it into a Perfect Ashlar means might be discussed.

The rituals themselves, however, are fairly clear on this basic morality level of interpretation.

The ritual itself tells us that Freemasonry is ‘veiled in allegory’ – so we know that the surface meaning of the words and actions is not what we are intended to get out of the ceremonies.

But what deeper meaning might we be intended to hear? It is very rare to be given an explanation of what Masonic rituals might mean for us living in the 21st century – to hear an in-depth elaboration of what Freemasonry might be trying to teach us – messages that might be of use to us in the modern world.

This book explores three different levels of Meaning in the rituals and ceremonies of the Craft and Royal Arch.

The author argues that the superficial layers of meaning are easy to see – both for the Freemason and the outside world – but there is a deeper layer intended for Freemasons alone.

– From the back cover

Whenever an author asserts that there is a mystical element in Freemasonry, there is often a collective groan from those who cannot – or do not wish to – acknowledge such aspects.

However, within this book Tony Baker explains how Freemasonry can be a far richer, spiritual experience.

Baker is an established and erudite Mason of thirty-five-plus years, so there are no overt flights of fantasy here but there is a depth of understanding that many authors on the subject – esoteric or otherwise – have perhaps not yet reached.

This is not due to lack of knowledge by those authors but Baker has a balanced and rational tone that not only garners respect but should appeal to those still sitting on the spiritual fence.

This approach comes from his broad depth of understanding of Freemasonry as an organisation, as a vitally important teaching tool, and a melting pot of traditions.

The book is in two parts;

the first covering the outer ‘Material (or literal)’ layers of the Craft, with chapters such as ‘What is Freemasonry for?’, what does it teach, what does it mean by ‘Truth’, and ‘Why must a Freemason believe in God’?

Followed by the ‘Moral (or intellectual)’ aspects; those spelled out in the rituals.

The second part takes the plunge and delves into the deeper layers of Freemasonry – the ‘Mystical (or esoteric, spiritual)’.

Baker takes the premise of Masonry being a ‘peculiar system of morality veiled in allegory and illustrated by symbols’ and makes it accessible to all; for it is these deeper levels of learning that underpin the more ‘superficial’ ones.

The ritual itself tells us that there is deeper meaning but many Masons dig no further than the social (fellowship) and charitable aspects.

But even those basics, and the prerequisite of the quality of morality for members, are ‘veiled in allegory and illustrated by symbols’.

Baker takes us on a Masonic journey on the interpretation and visual imagery of the three Craft degrees,  and the Exaltation of the Royal Arch; for without the Royal Arch we are not able to complete that journey.

Chapter 19 gets to the nitty gritty of the subject of mysticism – Baker states that ‘it is one thing to believe in God, and another to have a direct knowledge of Him’.

It is the ‘experience’ of, or ‘becoming one’ with the Divine that is the key – that is the basic definition of mysticism.

So therefore the author posits that the very act of ritual is the external act which symbolically represents the internal spiritual work we must accomplish in order to achieve ‘realisation’ of the Craft.

Again, what struck me is the realistic way Tony Baker writes about the pathway of this spiritual journey; he states quite simply that the path is not always smooth, that we may falter, that realisation – or enlightenment – may come in ‘fits and starts’ – he talks with candour of ‘seeker’s block’.

The message here is reflection, introspection and understanding of what is physically experienced within the ritual and lodge rooms and engage with that on all levels; that the Lodge room is a sacred space, one that unites us – the circle of union.

Baker stresses the importance of attitude, and to incorporate this learning into everyday life, that way we can share the knowledge in ways that extend beyond the inner workings of Freemasonry, reflecting it in our outer lives.

This is a book that will enlighten, refresh, and act as a perfect handbook for those who want to lift the veil on a beautiful system of morality, to understand the allegory and symbols that lie beneath.

Tony’s final words in the book sum things up perfectly:

But what of those who are not called – those who do not hear the message and may not even believe that it is there to be found?

To those Brethren, I say: ‘Keep coming, enjoy the surface layers of Masonry’ – take pleasure in the fellowship, morality and charity promoted by Freemasonry, but please do not tell those of us who wish to plumb the depths that there are no depths to be plumbed.

If you are happy up there in the shallow end of the pool, paddling around and pretending that that is all there is to Freemasonry, of course, that is fine.

If, however, you want to take the risk of opening your souls to a little enlightenment, then come on down to the deep end and swim!

There is much, much more to be discovered within Freemasonry down here.

Tony BAKER was born in Welshpool, Powys in 1953, and educated at Shrewsbury School, Cambridge University, and St. Thomas Hospital in London. After training in Leicester, where he gained an M.D., he moved to Bristol and practised as a consultant vascular and general surgeon, until his retirement in November 2015.

His father and maternal grandfather were both Freemasons but, like most Masons at the time, did not talk in any detail about
their Freemasonry even to their families.

When he enquired, his father told him that if he thought highly of those whom heknew to be Masons he would become interested in joining.

He used to retort that he would never consider joining any organisation that would not discuss its very nature with him beforehand!

Unfortunately, his father died before this issue was resolved and it fell upon him, as the eldest son, to organise his father’s
funeral.

On the appointed day, the church was half filled by relatives and friends, all of whom he recognised of course; but the other half was filled by men in dark suits, very few of whom he had ever met.

Looking around that church, he felt that there must have been a large part of his father that he had never known. A year or so later a senior member of his father’s Lodge asked if he would be interested in joining.

He was curious to know what his father had found to be so valuable and to learn about this other part of his father’s life.

He was First Principal of Jerusalem Chapter (No. 686), again in Bristol, in 2004 and he is a great admirer of the Bristol ritual in both Craft and Royal Arch.

Outside the Craft and Royal Arch, he is particularly fond of the Royal Order of Scotland. He has occupied the Chair in the following Degrees and Orders: Mark, Knights Templar, Rose Croix, Royal and Select Masters, Red Cross of Constantine, Royal Ark Mariners, Order of the Secret Monitor, Allied Masonic Degrees, and Knights Templar Priests. He has also reached the Fifth Degree in the Operatives and Sixth Degree in the SRIA.

He is a Past Transactions Editor of The Masonic Study Society, which was founded by J.S.M. Ward in 1921 and still meets in
London.

He is also a Past Master of the Lodge of Living Stones (No. 4957) in the Province of Yorkshire West Riding, which was founded by W.L. Wilmshurst in 1927.

This Lodge continues to champion the mystical interpretation of Masonry espoused by its Founder.

Bro. Baker’s main interest is in the interpretation of what the Masonic ceremonies might mean, what they might be intended
to teach us, rather than the history of the origins and administration of Freemasonry.

Nonetheless, he was elected a member of Quatuor Coronati Lodge (No. 2076) in 2006, after delivering papers to the Lodge on J.S.M. Ward and W.L. Wilmshurst.

He occupied the Chair during 2012 and uniquely was also in the Chair of The Lodge of Living Stones at the same time.

He was President of the Bristol Masonic Society for two years, 2004-6, during which time he began the publication of Annual Transactions, of which he remains the Editor. 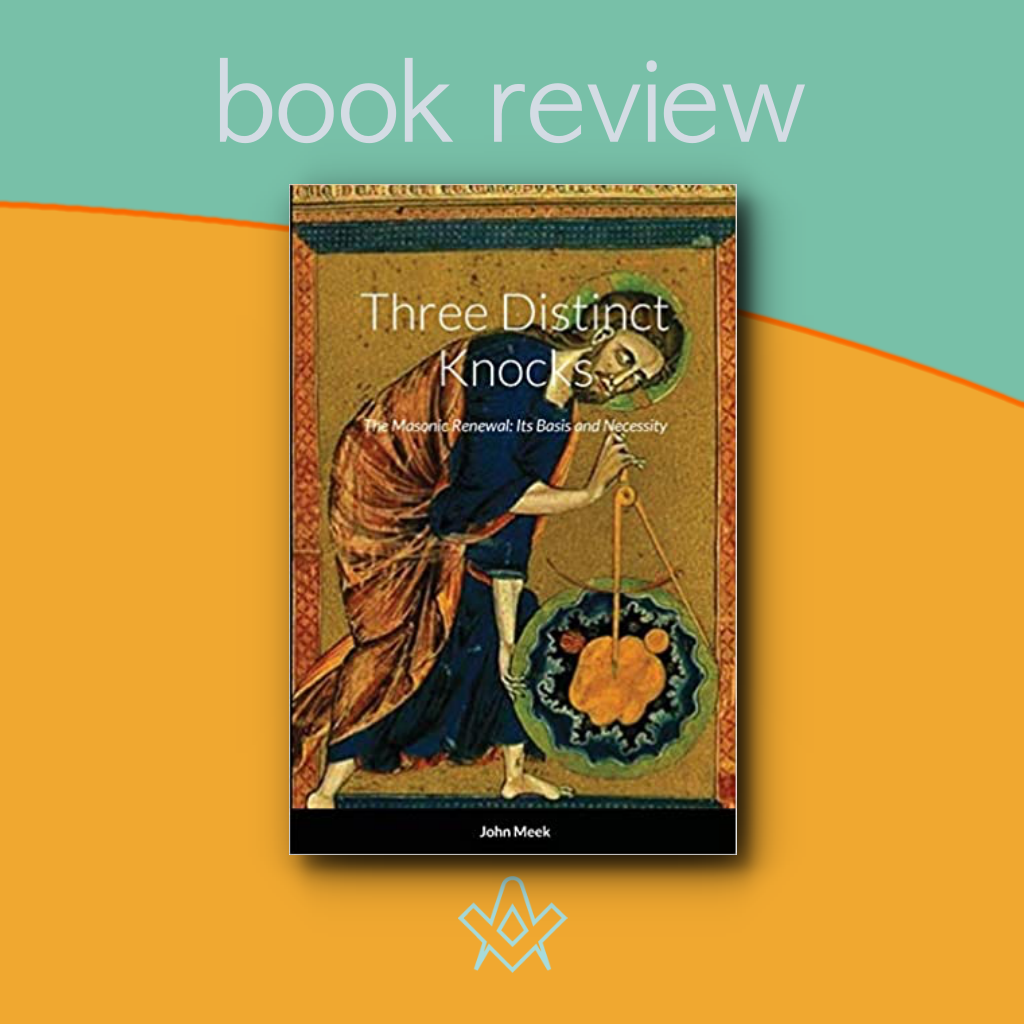 “Why don’t these new guys come back?” This is the question I often hear; and it is this same question that pushed me to write this book. – John Meek  …read more 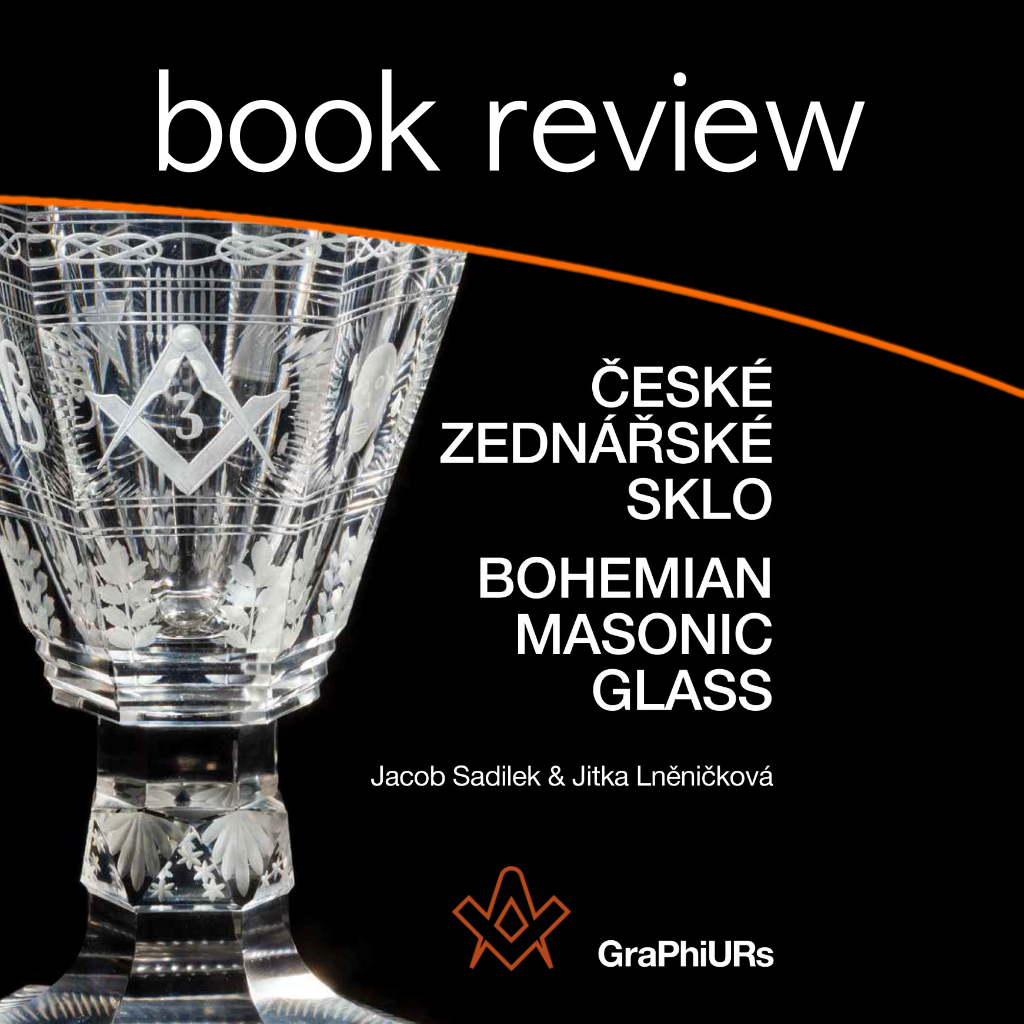 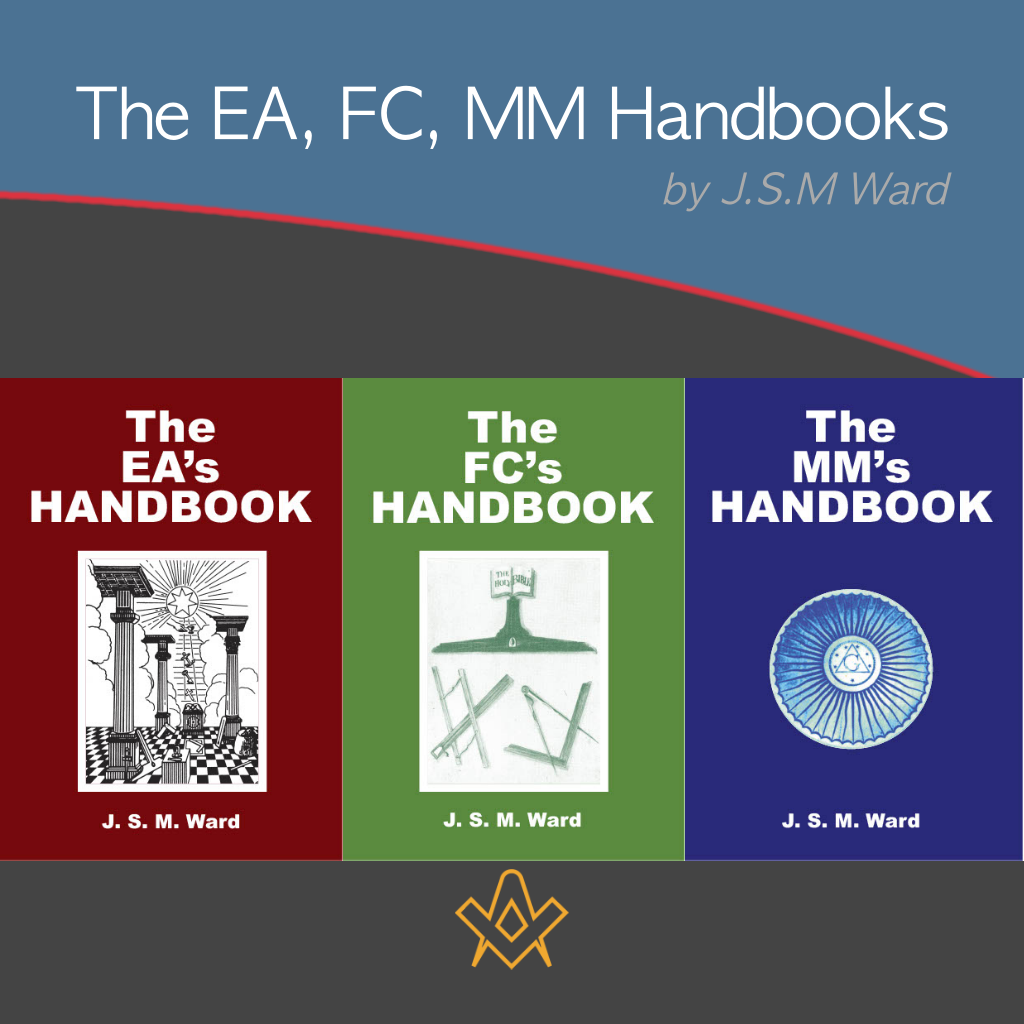 Essential reading for every Entered Apprentice, Fellowcraft, and Master Mason – these seminal books by J.S.M Ward are what every Mason needs!  …read more